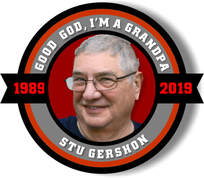 FAMILY VISIT SIGNALS CHANGES, LOTS TO BE THANKFUL FOR

And I Thought the Baby Was Exhausting
​OK, the baby and his parents left two months ago and shortly we will be visited by my 12-year-old granddaughter Isabelle. Since she was 10 (two years ago in March), she has progressed. On July 4,  2017, she made a red, white and blue seven-layer cake for the Fourth of July. Then she became political after she turned 11. At a local town hall meeting, she met Emma Gonzalez and Lauren Hogg from Marjory Stoneman Douglas High School in Parkland, Fla. The two teens were students at the school during the Valentine’s Day (February 14, 2018) school shooting, where 17 people died.
During the same town hall, Isabelle also met Lauren Underwood, the first African-American female candidate from her congressional district. After that, Isabelle got involved in Underwood’s 2018 election campaign. Underwood was victorious. She is the second-youngest congresswoman serving today.
Last Halloween, Isabelle dressed as Supreme Court Justice Ruth Bader Ginsburg and read Justice Ginsburg’s book. Her parents also allowed her to see the biopic “On the Basis of Sex.” In April, following her 12th birthday, Isabelle asked her mom and dad if she could visit her grandparents in Las Vegas.
After I learned that she wanted to visit us, I asked her, “Who are you coming with?”
She replied, “I’m coming alone!”
When I asked her, “Did you speak with Mommy and Daddy about this?”
She answered, “Mommy is OK; Daddy is apprehensive!”
Anyway, she’s been here a week now and Grandma and Grandpa are exhausted.
Before Isabelle came to us, she had a private audience with U.S. Senator Kirsten Gillibrand of New York.
So, in one year, Isabelle has met the kids from Parkland High School, helped a Congresswoman get elected, became interested in the U.S. Supreme Court, met a Senator and traveled half-way across the country, alone. And it all started when she was 10 years old!
During her visit, we’ve taken her on a riverboat cruise on Lake Mead ($28 per person for a 90-minute ride, lakemeadcruises.com). She reorganized our closet; she visited the “CSI” exhibit at the MGM, and solved the crime (about $26 per person for one crime, plus $10 for parking); and we took in Nathan Burton’s magic show at Planet Hollywood (the best bargain in town, only $12.50 per person for a 4 p.m. show that was fantastic). Close to home, Isabelle has gone swimming at the Desert Vista indoor pool and saw the movie “Yesterday” at the Suncoast. It’s been too hot to play miniature golf at Mountain Shadows or to go to the outdoor pool at the Pinnacle, but she did find time to go shopping at Kohl’s with Grandma. In her spare time she watches C-SPAN!
Isabelle will get home on Monday night and today, Tuesday, she will start band camp.
Grandma and Grandpa are really exhausted!

IT'S ALWAYS ABOUT THE PACKING 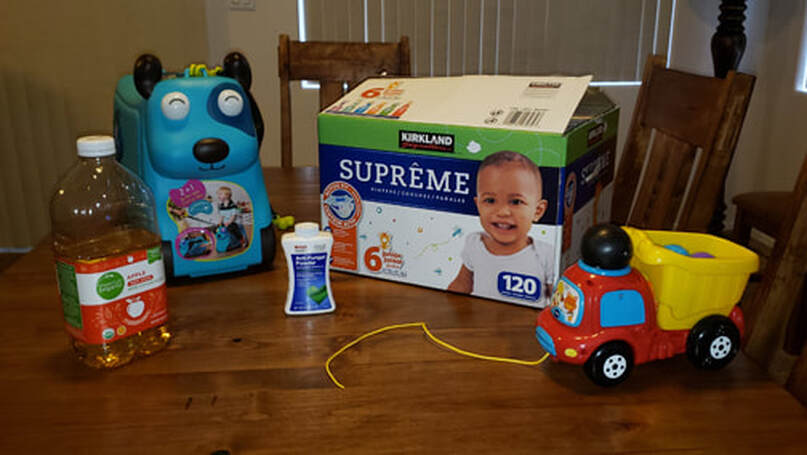 ​Well, now my son, daughter-in-law and the 30-month-old have gone home and the 12-year-old granddaughter is coming in two weeks.
With some time in between visits, I took a minute to review luggage. Yes, luggage, as the first round of visitors seemed to pack for an army. It was, indeed, a sight to see.
Let’s see, they came with three 29-inch suitcases filled with things for the toddler. Sterilization racks for the bottles, diaper wipes, etc.  And because my wife and I had to prepare for the visit, we headed to Costco for a case of diapers, organic apple juice, spring water, baby powder and, of course, some toy trucks.
My grandson loved the trucks (one of them he could ride on and store his toy cars) and one was a fire truck. I was amazed at all the stuff they brought for the baby – three suitcases! They also had some clothes because it was much warmer here in Las Vegas than it was in Chicago.
After what I call our first-round guests left, my wife and I had a month before round two appeared. So, we planned a 16-day road trip all the way up to Great Falls, Montana, stopping at the Grand Tetons, Yellowstone, Waterton-Glacier National Park and Promontory Point, Utah, to see the ceremony for the connection of the Union Pacific and the Central Pacific railroad lines. We had been to each of these destinations before, but we had planned this trip and cancelled it three times. So, we figured we should go.
As I started to pack, my wife, Beth, said, “You know, I cannot help you with the driving.” She has had two previous back operations and has developed a drop foot, which means she can’t feel anything in her right foot. Most of us who drive don’t realize how important our right foot is to driving. Well, I’m here to tell you that it is. Beth took six months of lessons driving with hand controls, and then we had to have her car modified with hand controls so that she could operate the vehicle. She now drives to most places she frequents (Smith’s, Kohl’s and Target). However, she reminded me that she couldn’t drive my car, as it does not have hand controls, and we couldn’t take her car (it’s a compact – too small).
The more I thought about it, the more I realized that we were going into the mountains. So, I started to pack and realized I would have to be loading and unloading the car for 16 days. Then I remembered that we would be driving on country roads much of the way. I continued to pack. One suitcase was completely filled with my medical stuff – my CoaguCheck (to test my INR – coumadin levels); three weeks of medications (you always should have extra); my CPAP machine and mask (I have sleep apnea); my glucometer (diabetes) and test strips; my medical diary; insulin pens; etc.
Next suitcase started.
Before long, I realized I was bringing almost as much stuff as I saw was needed for the baby!
It was then that I turned to my wife and said, “Do you really want to go on this trip?
I told her, “I can give you one reason why we should go and 10 reasons why we shouldn’t!”
And she replied, “What’s the reason we should go?”
I answered, “We’ll get a load of Hilton honors points!”
Trip cancellation No. 4. Maybe next summer!
The moral of the story: As you get older, you have to realize your limitations.

KEE​PING KIDS BUSY MEANS GETTING DOWN TO THEIR LEVEL

​Take a History Lesson at the Nevada Southern State Railroad Museum in Boulder City
Over three years ago my daughter-in-law told us she was going to have a “miracle baby” (she was 42 at the time) and we found out it was going to be a boy. We had two pre-teen girls by that time, and my wife loved to shop at Kohl’s for them. But her sister, who already had a grandson, told, us, “Boys are easy, just buy them khakis and trucks – that’s all they need!”
Well, my grandson not only loved trucks, he loved trains. In fact, one of his first words was “Choo-choo.” So, for Christmas/Chanukkah, I bought him a wooden train set. The “Choo-choos” continued, and when they came to visit this spring, my wife and I took him to the Nevada Southern State Railroad Museum in Boulder City. The museum is open only on weekends and the adult admission is $10; children 4-11 are $5; and children under 4 ride free on a 40-minute excursion of the Boulder City branch of the Union Pacific Railroad. My grandson loved the ride, the lessons and drawing in one of the cars, and the open-air car that lets you see, first-hand, some of the beauties of our state.
The museum is located at 600 Yucca St., Boulder City.  For information, call 486-5952. The website is www.nevadasouthern.com.
Nearby the museum is Hoover Dam and the Memorial Park to the new Hoover Dam by-pass bridge (Note: There are seven flights of stairs, or seven ramps, to get from the parking lot to the Memorial Park). From the Memorial Park you can walk across the bridge and stand above the dam. But you cannot enter Arizona from the walkway.
Other fun family attractions located a short distance from the Dam include a cruise on a Mississippi River-style paddle boat on Lake Mead, which I will revisit in a month when one of our older girls comes to visit.
Stay tuned, and happy adventuring. “Choo-choo!”