3 Highest Vote-getters Receive 3-year terms; 2 Get 1-year Terms
From left, Ellen Bachman, Jeff Rorick, Sandy Krause, Leo Crawford and David Putney.
On February 26, 2020, at the SCSCAI Annual Membership Meeting, the Election Committee counted ballots received from voters to determine the next members of the Board of Directors. There were 3,147 valid envelopes returned.
The winners included homeowners elected to three-year terms: Ellen Bachman with 2,553 votes; Jeff Rorick with 2,155; and Sandy Krause with 2,070 votes. Other homeowners receiving one-year terms included Leo Crawford with 1,846 votes, and David Putney with 1,597 votes. In all, five seats were filled on Sun City Summerlin's 2020/2021 Board of Directors.
In addition to voting for the Board of Directors; voters considered two bylaws and one CC&R change. Those results included the passage of Issue A – Change the Neighborhood Watch from a Board Committee to a Community Organization; the passage of term limits for the Board of Directors (limited to two consecutive terms); and Issue C – Eliminate Cumulative Voting. Issue C did not pass as there were not enough votes cast to achieve the required super majority.
On February 27, the Board of Directors met to vote on officers for 2020-21. They include:
President Dick Clark; Vice President Ellen Bachman; Secretary Ken Resnik; Treasurer Gerry Sokolski; and Assistant Treasurers Jim Akers, David Putney, Sandy Krause and Jeff Rorick. The appointment of Board members to Board committees will be done at the March 10 Board of Directors meeting. That meeting is scheduled for 9 a.m. at Desert Vista, Room 5. 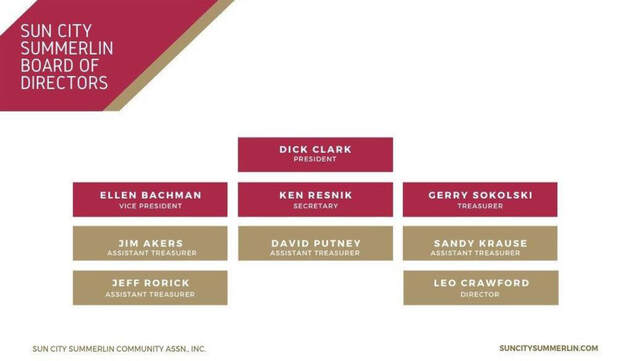 Model Builders' USS Niagara Headed for Annapolis
On February 26, the Sun City Model Builders Club held a special meeting to honor one of its own, Jim Twohig. The event, attended by some 25 Sun City residents, was covered by three members of the local media – the Las Vegas Review-Journal, Fox Channel 5 and CBS Channel 8.
Jim, a U.S. Air Force veteran, has scored what is certainly a Sun City first and possible a national achievement by having his model of the Brigantine USS Niagara accepted for permanent display at the Preble Museum at the United States Naval Academy (Annapolis). The model had already won several awards in model ship competition. With the acceptance by the Preble Museum, the model is officially recognized as museum quality.
The original Niagara earned fame as Commodore Oliver Hazard Perry’s flagship during the battle of Lake Erie in 1813.
Watch for the complete story, including the Academy’s formal acceptance ceremony, in a future Link
Story and photos by Bob Cohen/Link 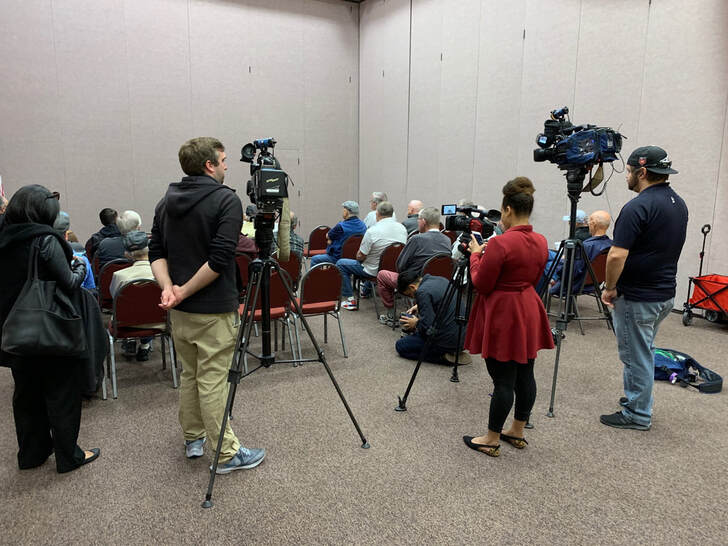 READ WHAT OUR COLUMNISTS ARE SAYING